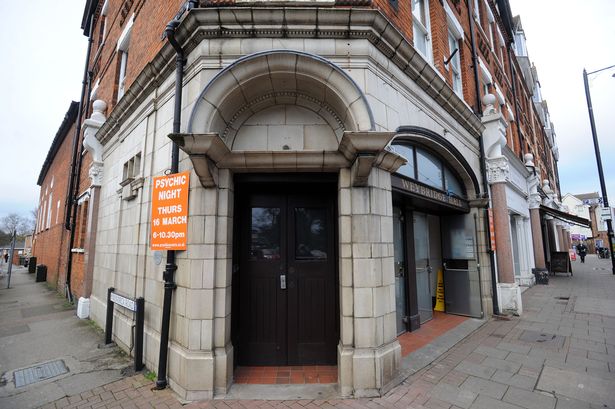 A cinema is set to return to Weybridge more than 50 years after it initially closed.

The planning application to convert the currently vacant Weybridge Hall into a two-screen, independent cinema was approved at a planning committee on Tuesday (March 27).

The application also includes plans to convert the upper floors into five flats.

The building in Church Street was first converted into a cinema back in 1920 and was known as the Kinema at the time.

It then became known as the King George’s Cinema in 1927 when it showed the first “talkie” films.

It remained a cinema through the Second World War until the building was converted into a public hall in 1956.

Speaking at the planning committee meeting on Tuesday (March 27), Weybridge Riverside councillor Andrew Davis said the return of the cinema was good news for the town.

“In a sense this is not a new development. It is reverting to what the building was originally used for,” he said.

“I’m sure all the people in Weybridge welcome this.”

The council’s planning, design, access and heritage statement states that no “significant changes” are proposed to the outside of the building.

The statement reads: “The application plans propose to convert the ground floor premises back to their original use as a cinema in their entirety to enable a two screen independent cinema to be provided.

“No significant changes are proposed to the buildings’ exterior as part of the proposals except for restoration and upgrading works.”

The application drew both supportive comments and objections from members of the public on the council’s website.

“Weybridge is in desperate need of ways of attracting people to the town so it can only be good.”

However, some objections noted possible concerns over noise.

One objection on the website stated: “I live in the flats along the side of Weybridge Hall and I would be concerned about the noise.”

At a planning sub-committee on Monday (March 12), councillors recommended carrying out a noise management plan which “sets out the best practice methods to minimise noise impacts as far as practicable”, according to the planning committee report.

“The noise has been addressed,” Cllr Davis told the planning committee on Tuesday.

The independent cinema operator set to occupy the site is yet to be revealed.