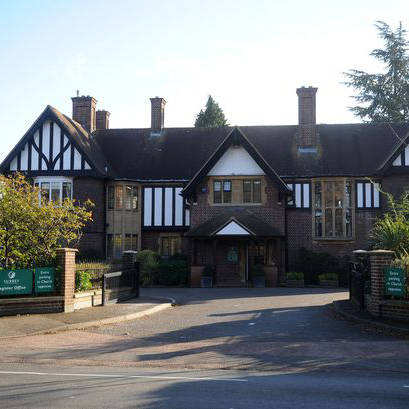 The Surrey Hills have long been regarded as some of the most attractive parts of England. In 1958, the government identified 163 sq miles of this region as an Area of Outstanding Natural Beauty (AONB). Its beech woodlands, sandy heathland and open downland stretches from Farnham in the west to Oxted in the east, and it lies less than 30 miles south of central London.

The tourists who visit each year to cycle, walk and ride around the area’s landmarks are unlikely to be aware of the architectural gems that lie at the end of long drives through woodland and tucked into the hidden valleys. Thanks to its AONB designation, housing supply in the Surrey Hills is constrained — and responsible for underpinning property values.

Research conducted by Knight Frank found that the Surrey Hills was the most expensive of the 46 AONBs in the country in which to buy a house, with an average sales price of £904,426. The same survey demonstrated premiums paid for living in one of these areas: the average price for a detached house in Surrey was £731,964.

With its regular train services to London Waterloo from Guildford (36 minutes) and Dorking (53 mins), the Surrey Hills is a key area for anyone moving out of London with an eye on a relatively easy commute to the city. Clive Moon of Savills Guildford says interest has been particularly strong in the past 12 months: prices have increased by 19 per cent, according to Savills Research.

Share this graphic He points to the high cost of stamp duty, which has deterred London buyers — who make up a third of Savills’ applicants for Surrey — from doing the more typical leapfrog from south-west London to suburban Surrey and then to more rural areas. “Buyers see limited growth in London or [the suburban Surrey borough of] Elmbridge in the medium term. The Surrey Hills is an attractive option, especially as it offers better value with averages of £500 to £550 per sq ft compared to typical south-west London prices. Plus, there are more options for schools in the area.” He is selling Edwardian Milhanger in Thursley, a pretty village 10 miles south of Guildford and its clutch of independent schools, for £4.35m.

The land, much of which is heathland and woodland, is mostly unsuitable for intensive farming, however, some of it falls on chalk with the same geology and soil type found in the Champagne region of France. As a result, a number of English wine estates have grown up in the hills, such as Denbies, near Dorking. “This doesn’t drive a residential market in the area but typically it might pique a buyer’s interest if there’s a house with a bit of land with the right sort of soil,” says James Grillo of Knight Frank in Guildford. Milhanger in Thursley, £4.35m

Country house opera is another newcomer to the Surrey Hills. This year saw the opening of Grange Park Opera at West Horsley Place. Having moved the company from its original home in Hampshire, founder and impresario Wasfi Kani says ticket sales are higher than ever. “Surrey seems to have taken a real pride in our arrival. We’ve raised £10m to build the new opera house and much of the money has come from Surrey.”

Another attraction of the Surrey Hills is the concentration of Arts and Crafts-style private houses in the area between Guildford, Farnham and Haslemere, where architects Charles Voysey, Baillie Scott and Hugh Thackeray Turner worked. Grantley, a Guildford agent, is marketing Shere View House in Shere which is built in such a style, for £2.25m.

Among the most significant houses are those designed by the architect Edwin Lutyens. Lutyens grew up in the Surrey Hills and built Munstead Wood, just outside Godalming, for the landscape designer Gertrude Jekyll. Another example of his work is found at The Ruckmans Estate near Dorking, which is on the market through Savills with 80 acres for £3.5m or £12m for the whole 500-acre estate. Ruckmans Estate, with extensions designed by Lutyens, £12m

The rural aspect, proximity to Gatwick and Heathrow airports and good schools have made the Surrey Hills attractive to international buyers too, says Alex Newall of Barnes Private Office. “We’ve sold a 200-acre estate to a buyer from Macau; had a family from the US bidding last week and recently sold an estate to a Russian buyer.” But Tim Hubbard of buying agents Property Vision has noticed a dip in international interest. His colleague, Philip Harvey, points the finger squarely at Brexit, changes to tax arrangements and uncertainty about a potential Corbyn-led government. Buying guide While Dorking and Guildford offer quick regular services to London Waterloo, other stations to look at include Godalming (45 mins) and Haslemere (55 mins) Broadband speeds are patchy throughout the Surrey Hills Shere, Peaslake and the Abingers — all east of Guildford — are among the most popular villages What you can buy for . . .